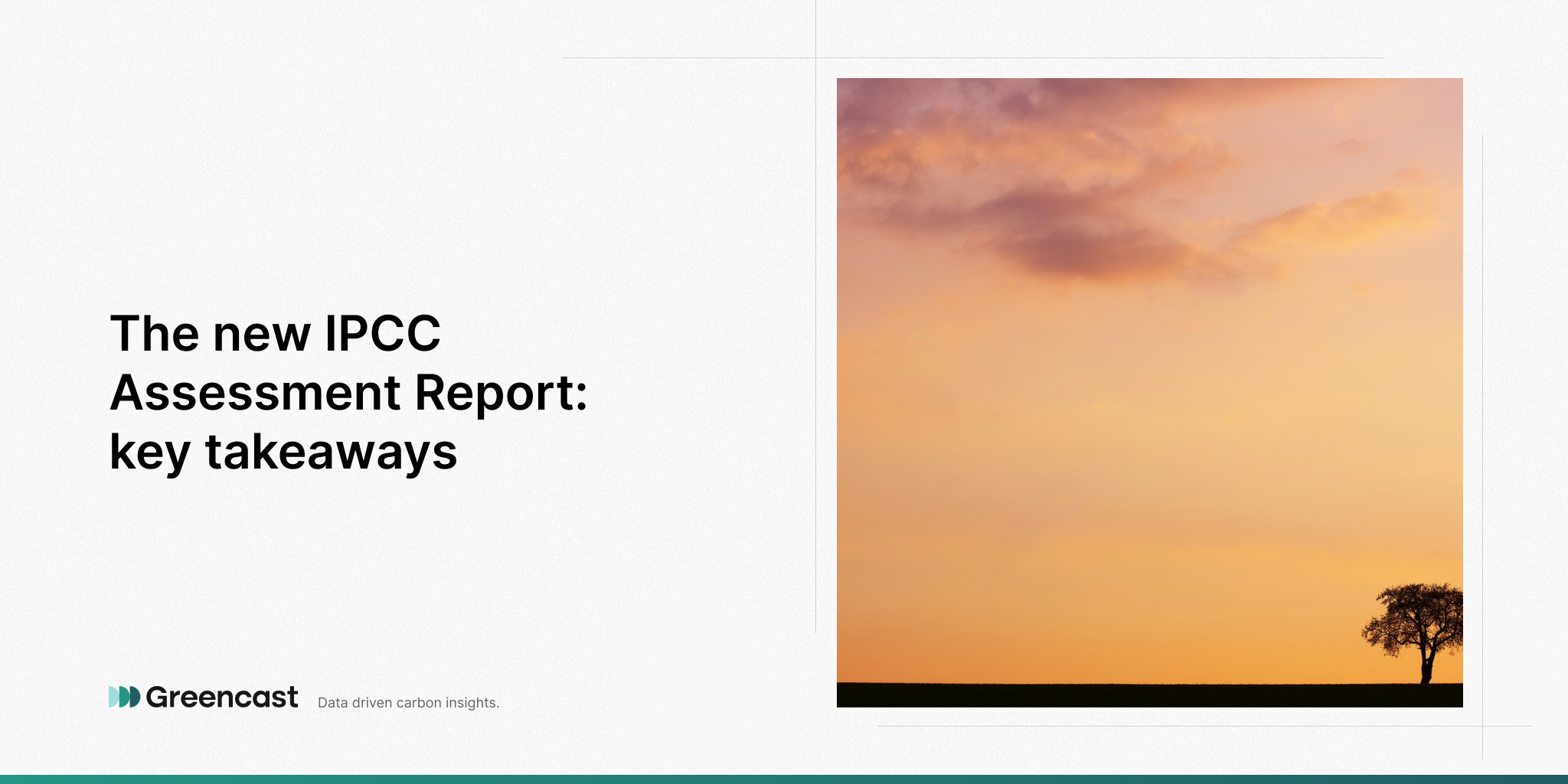 This week in the Greencast academy, we will be discussing the recently published IPCC report on climate change.

At the beginning of this week, the IPCC released its sixth report on climate change, focusing mainly on impact, adaptation and vulnerability. The IPCC reports have historically served as the basis for global climate policy, starting in the 1990s when the first Assessment Report was published. Over the years, these Assessment Reports have proven to be the most comprehensive evaluations of the state of the earth’s climate. As a result, it is unsurprising that most experts rely heavily on these assessments in order to illustrate an accurate depiction of the current state of our climate.

The most recent report draws attention to the increasing warning signs reflected in collected data, claiming that climate disasters are bound to happen more aggressively and on a more frequent basis. Evidence suggests that these disastrous events are set to occur irrespective of any actions currently undertaken to curb greenhouse gas emissions.

To provide some context, the report mentions that over 3.5 billion people are currently living in areas that are highly susceptible to climate change. As one might realize, this is nearly half of the world’s population. The factors that put these areas at risk are rising sea levels and heatwaves. These factors bring about an array of natural disasters such as forest fires, hurricanes, storms, flooding, and so forth.

Each Assessment Report of IPCC builds upon the knowledge and evidence of the previous Assessment Reports by exploring and adding more relevant information and data. By doing so, the theories and claims that were drawn in previous editions are constantly reviewed, improving their credibility and certainty.

A notable addition to the greater IPCC assessment report is the assessment of climate change on a regional and sectoral level. This entails making predictions about the consequences of climate change for specific cities and regions. Examples include an alarm for Mumbai as it is at risk of dangerous rising sea levels and flooding or for Ahmedabad, a city in India housing over 8 million people which is expected to experience extreme heatwaves in the near future. Unlike previous reports, this report zooms in on selected areas with different geographic scales and gives a more detailed account of the effects of climate change.

Moreover, this report includes a health section, which is also a novel addition to the IPCC report based on the previous editions. In the present report, the impact of climate change on water and vector-borne diseases such as Malaria and Dengue is explored. Unsurprisingly, climate change has increased and will continue to increase the spread of these diseases. In addition, deaths related to respiratory, circulatory, diabetic, and infectious diseases are likely to increase as well. Infant mortality is similarly predicted to worsen as temperatures increase. Lastly, this section concludes by stating that the surge of extreme weather events such as floods, droughts, pollution, and heatwaves may contribute to allergic diseases, malnutrition, and even mental health.

The latest report also addressed the rather disappointing reality that climate change impacts are far more drastic and disruptive than previously estimated. Previous predictions, which already seemed quite devastating at the time, have now been proven to be too optimistic. Following the countless efforts to combat climate change, this comes as quite an unsettling realization.

These findings are based on increased observations and improved knowledge in the field. It is found that if temperatures rise above the 1.5-degree celsius threshold from pre-industrial times, many climate change effects will be irreversible. Unfortunately, this is the direction that we are currently heading in.

Furthermore, this report highlights the current efforts that have been made in the battle against climate change. However, the progress on mitigating and limiting climate change is still far from close to the desired level.

This report further stresses the importance of our ability to adapt. It is evident that we have made progress in adapting to climate change, however, the progress has not been enough. The IPCC blames the lack of political commitment and financial funds as fundamental reasons we are unable to achieve substantial change. Secondary factors include a lack of urgency and the dissemination of unreliable information - both factors that can be potentially solved by improving the distribution of information and climate education.

What does the future hold?

The main conclusions of this report are rather shocking: we are struck by the realization that our current actions are not sufficient. Fortunately, governments from all over the world use the IPCC reports as grounds for future climate policies and will undoubtedly be confronted with this scientifically grounded information. A good example of the power of the IPCC is the global engagement of world leaders for a single climate cause: previous editions of the reports have provided the basis for the global climate change negotiations that finally led to the Paris Agreement. Therefore, it would be safe to assume that this report will serve as an eye-opener to world leaders and serve as an additional nudge towards a greener future.

As stated in the report, the first manner in which world leaders can attempt to tackle this pressing issue is through the removal of obstacles in the way of climate change adaptation. This could be through turning climate policy up a notch or by increasing climate investment and political commitment.