Proposal by stock market regulator SEC: listed companies must report on scope 1, 2 and 3 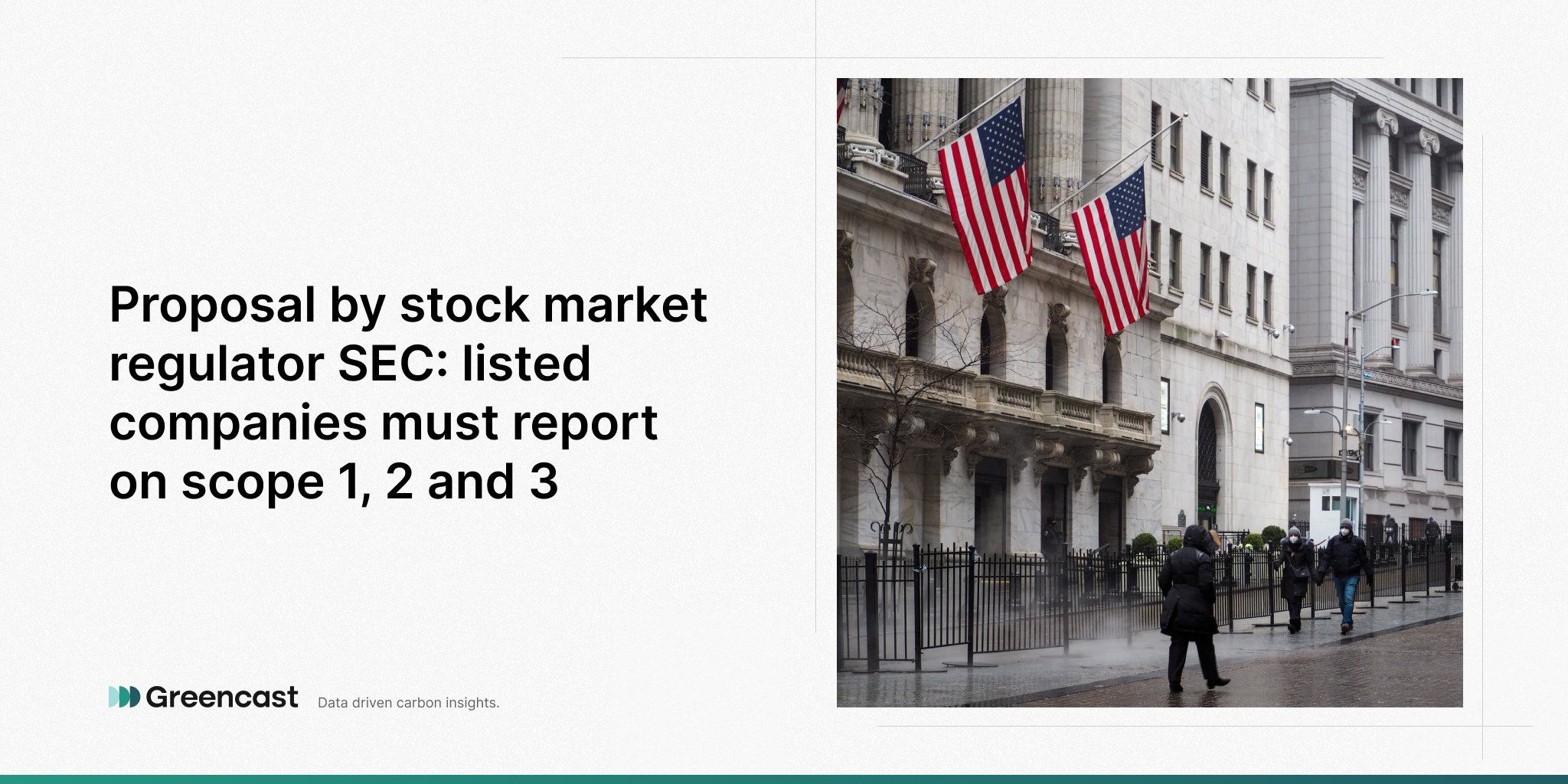 U.S. stock market regulator SEC has published a proposal requiring listed companies to disclose their greenhouse gas emissions. The public will have two months to comment on the plan.

How many greenhouse gas emissions do companies emit? If you leave it up to the SEC, an agency set up by the U.S. government in order to enforce law against market manipulation, all publicly traded companies will soon know exactly how much they emit - and make it public.

This is evident from a proposal that the Securities & Exchange Commission (SEC) published on Monday. The agency also requires companies to report on climate risks and their progress in reducing emissions annually, if they have made promises to this effect.

The aim of these new obligations is to give investors more insight into how climate change will affect companies. It will also make it easier to compare listed companies on sustainability performance and to monitor the progress they are promising.

All companies listed in the United States - American and foreign - will have to comply with the new rules when they take effect. Whether that happens is not yet entirely certain. First, "the public" will have sixty days to comment on the proposal. After that, the SEC will make a final decision.

For listed companies, the new rules would mean an abundance of extra work: a multinational cannot easily map its annual CO2 emissions without significant time (and financial) investment. Many large companies already release information about their emissions publicly, but the SEC's reporting requirements have raised the bar  on the requirements. For example, large companies must report not only their own emissions, but also the indirect emissions that their products generate. This includes considering emissions their products generate in the supply chain, such as through transportation, but also during their end-of-life when they are disposed of. Example: for a shampoo producer, the hot water that consumers use to rinse their hair also counts.

These emissions (scope 3 emissions, in sustainability jargon) are much harder for companies to measure than the emissions from their own factories or stores. Nevertheless, for some companies, these indirect emissions account for the vast majority of their total emissions - and are therefore critical to generate a complete picture. To increase reliability, companies above a certain size must have their data audited by their auditor - a similar requirement imposed in the European Union through the CSRD.

As suppliers may have greenhouse gas footprints that are larger than those of companies themselves, it is important for companies to understand and account for these upstream emissions in their overall reduction strategies. In addition, many suppliers are now committing to reducing their own scope 3 emissions, which can create opportunities for collaborative efforts between buyers and sellers.

The expected impact of this proposal

The impact of the proposed regulation is therefore expected to have significant effects on supply chains. As the impact of scope 3 emissions on suppliers is an important consideration for companies seeking to reduce their greenhouse gas footprints, suppliers that do not yet measure (scope 3) emissions will naturally be required to report their greenhouse gas impact going forward.

In addition, since the US stock market is the largest in the world and hosts companies from hundreds of different geographies, the impact of the SEC’s newly proposed regulation will travel across borders and is expected to impact thousands of SMEs across the globe.

The expectation is that companies will try to hinder the arrival of the rules. It is apparent that they are not at all excited for these extra obligations and all the costs that come with them. Nor are they ready for the vulnerability that this transparency could bring. After all, difficult questions from investors and environmental organizations are likely to pop up if it turns out that a company is doing much worse than its competitors. Yet, the pressure these rules bring is exactly the goal of the SEC.

Want to stay in the loop on latest developments? Sign up to our bi-monthly newsletter below.